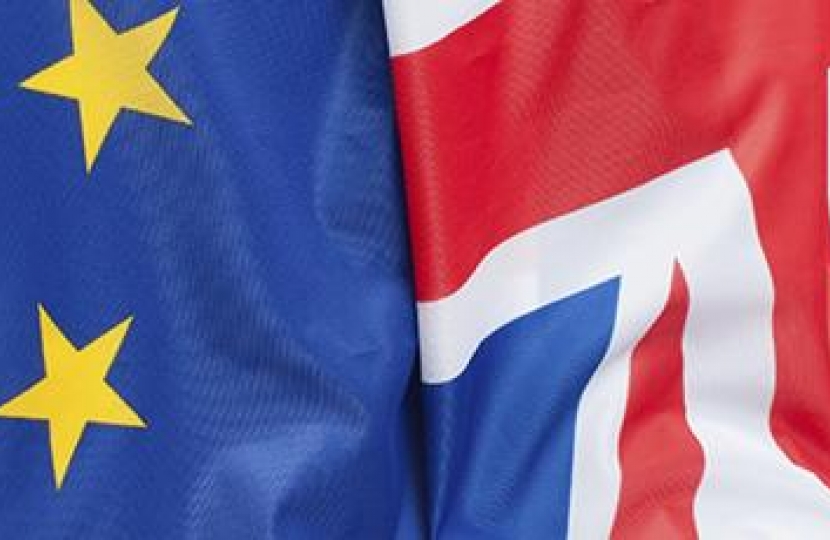 Over the last month it has come apparent that there is a majority in Parliament that will vote to prevent a No Deal Brexit. There have already been two Government defeats related to Brexit which demonstrate this. If No Deal is voted down by the House of Commons and the Withdrawal Agreement is also voted down, then the only options which remain are versions of Brexit which are very far removed from what most people who voted leave wanted to achieve in the referendum. I have had the opportunity to explain this to many Councillors in South West Bedfordshire this weekend.

I represent a constituency which voted 58% to leave the European Union on a turnout of nearly 79%. I feel a strong sense of duty to honour the vote of my constituents by ensuring that Parliament delivers a Brexit that respects the principal objectives of Leave voters in terms of

-Ending free movement once and for all

-No longer sending vast sums of money to the EU

-Being able to strike our own free trade deals with other countries around the world.

My constituents were very clearly told that that their decision would be respected and the result of the referendum honoured and I therefore do not support a second referendum while it is possible to deliver Brexit in an orderly manner which protects jobs with a deal that is good for our economy.

Well I remain uncomfortable with the backstop provisions of the Withdrawal Agreement, I believe it is my duty and the correct course of action in respecting our democratic process, to vote for the Withdrawal Agreement which will enable the United Kingdom to negotiate a free trade agreement along the lines of the agreement which Canada has with the European Union. I know that this decision will upset some people and please others, but I have taken it in what I consider to be in our nation’s best interest.