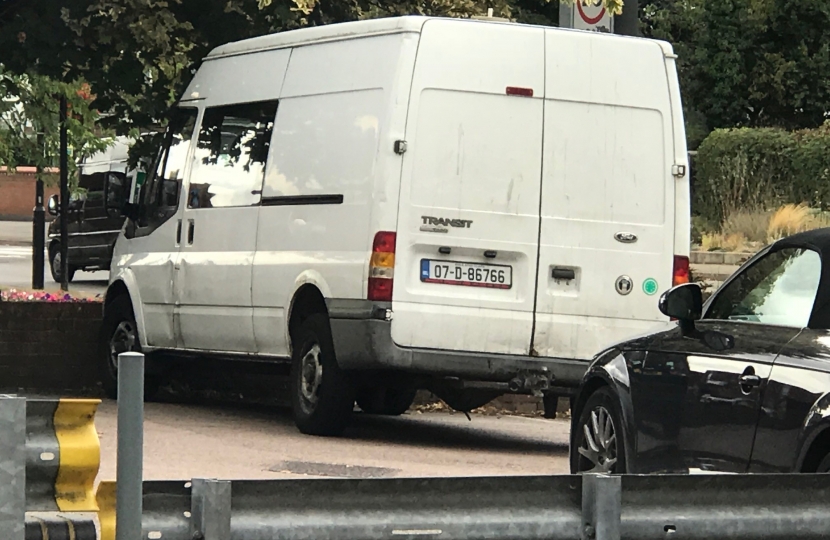 South West Bedfordshire MP Andrew Selous raised the problem of foreign registered vehicles being able to commit speeding and parking offences at will without fear of enforcement, in the House of Commons this morning. Neither the Police nor the Driver Vehicle Licencing Agency have records of foreign registered vehicles which have been in the UK for more than 6 months even though the law is that these vehicles must be registered and taxed in the UK at that point.

Central Bedfordshire Council report that in the year to the 30th August 2018 out of 335 parking fines issued to foreign vehicles 254 were cancelled as the owner could not be traced. Bedfordshire Police confirmed that they, in common with other Forces, do not make or keep such records while DVLA say that enforcement action should be undertaken by the Police.

Speaking afterwards Andrew said, ‘This issue is a serious one for road safety as speed camera charges cannot be levied against these vehicles if the owners cannot be traced meaning our roads are more dangerous than they should be and it is also deeply unfair to British Citizens who abide by the law that other drivers can speed and park illegally without consequence. I am not satisfied with the answer that I have received from the Minister in the Commons and have asked for a meeting to follow up on this issue.’

Exchange in Hansard was as follows

Neither the police nor the Driver and Vehicle Licensing Agency has records of foreign-registered vehicles that have been in the UK for more than six months, which means that our roads are more dangerous and there is not equality under the law for British nationals. What are the Government going to do about this issue?

As my hon. Friend will be aware, the problem concerns foreign-registered vehicles. For British nationals, there is an equality under the law. I recognise that there is concern about this issue. He knows that we seek vigorously to apply road traffic legislation where we can. This is for the police, in the first instance. In some cases, local authorities use international debt recovery agents. However, I recognise the problem that he describes.