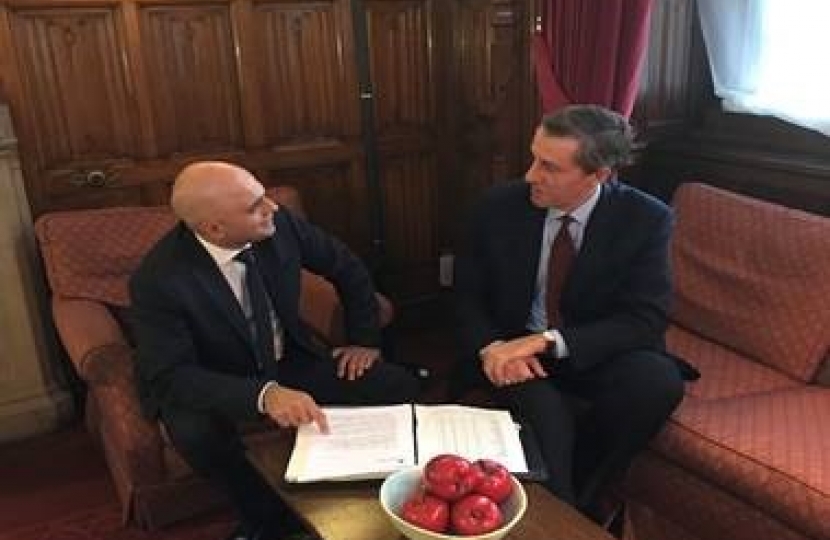 South West Bedfordshire Andrew Selous MP has warmly welcomed the statement by the Home Secretary today about the action the government intends to take to deal with unauthorised encampments.

Speaking in response to the statement Andrew Selous said, “I am aware how much distress unauthorised encampments cause my constituents on a regular basis. There is also much in our current planning law which leads to very poor outcomes for traveller children. I will continue to press the Government to take further action on these issues particularly for areas which have very high concentrations of traveller sites.”

The Home Secretary made the following statement to Parliament.

We are fortunate to live in one of the most welcoming countries in the world, which has a proud tradition of promoting respect for the rule of law, for property, and for one another. The Government is committed to creating a just and fair country, where equality of opportunity flourishes and the life chances of all are enhanced.

Recent debates in this House have addressed the topic of unauthorised traveller encampments and Members have voiced their constituents’ concerns regarding the impact on both settled and nomadic populations. Ministers across Government have been deeply troubled by these concerns, particularly by the widespread perception that the rule of law does not apply to those who choose a nomadic lifestyle, and the sense that available enforcement powers do not protect settled communities adequately.

Unauthorised encampments can cause settled communities significant distress, and for some they perpetuate a negative image of the travelling community, the vast majority of whom are law-abiding citizens.

Recognising these concerns, the Government launched a consultation in April last year on the effectiveness of enforcement against unauthorised developments and encampments. Through this consultation, we sought views from a number of stakeholders - including local authorities, police forces, travelling communities and the general public - on whether there is anything we can do to ensure that existing powers can be used more effectively and if additional powers are required.

A cross-Government response to the consultation will be issued in due course. From an enforcement perspective, the consultation responses signalled clear calls for the Government to take action. We have identified a set of measures to extend powers available to the police, which we believe will enable unauthorised encampments to be tackled more effectively.

Secondly, we will look to amend sections 61 and 62A of the Criminal Justice and Public Order Act 1994 to increase the period of time in which trespassers directed from land would be unable to return. Currently, the power prohibits a trespasser from returning to the area of land for three months. We plan to extend this time period to twelve months. This would provide greater protection to land targeted by the same group of trespassers on a regular basis.

Thirdly, we will look to amend section 61 of the Criminal Justice and Public Order Act 1994 to lower the number of vehicles needing to be involved in an unauthorised encampment before police powers can be exercised. The number is currently six or more. We would like to change this to two or more. This will increase the opportunity for police intervention and make it more difficult for trespassers to split into smaller groups to avoid enforcement.

Fourthly, we will look to amend section 61 of the Criminal Justice and Public Order Act 1994 to enable the police to remove trespassers from land that forms part of the highway. The police are currently restricted in dealing with these encampments unless there is a suitable pitch in the same local authority area. We would like to remove this restriction so that it is easier for the police to tackle problematic encampments.

I am pleased to announce that the Home Office will soon launch a public consultation on these measures.

Our original consultation responses were clear that the majority of respondents believe we should consider criminalising unauthorised encampments, as has been done in the Republic of Ireland. This view has been echoed in the wide ranging debates in this House. I am therefore pleased to announce that we will conduct a review into how we can achieve this.

In taking this forward, the Home Office will work closely with the Ministry for Housing, Communities and Local Government, the Ministry and Justice, and also the Welsh Government, recognising that local government is devolved in Wales.

I thank Members across this House for their engagement on this important issue.