South West Bedfordshire MP calls for police cover in Leighton Buzzard, Linslade, Dunstable, Houghton Regis and surrounding villages to be restored to how it was before the 2012 changes 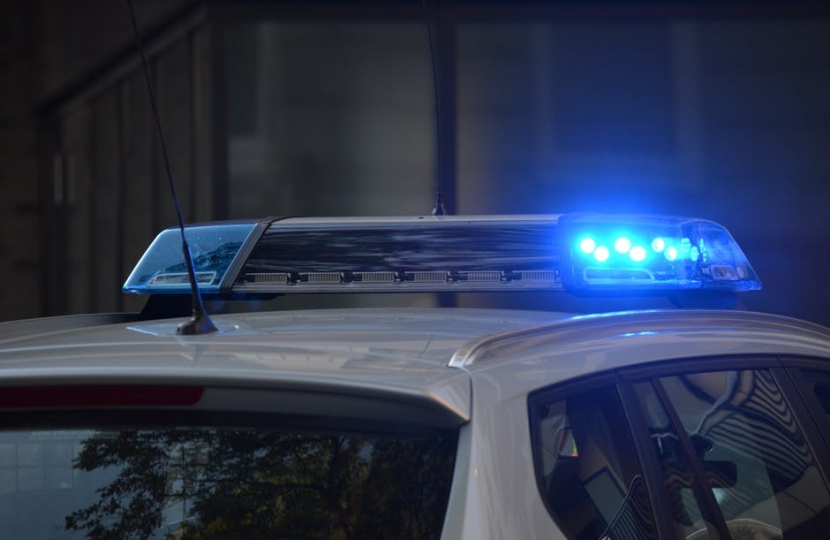 Andrew Selous said “I will continue to fight for a fairer budget for Bedfordshire Police overall, but I also have a duty to scrutinise the allocation of Bedfordshire Police’s budget.  The evidence of the increase in crime over the last five and a half years means that the area I represent has been very poorly served by these changes and there is widespread local support for a return to the allocations of officers and police stations which existed before 1st October 2012.  Other police forces with similar or lower per capita funding than Bedfordshire still manage to maintain 24/7 police cover in towns that are the same size or smaller than Leighton Buzzard and Dunstable.”

The letter to the Bedfordshire Chief Constable Jon Boutcher and Bedfordshire Police and Crime Commissioner Kathryn Holloway is reproduced here.

As you know, I have been vocal, in the House of Commons and elsewhere about the need for fairer funding for Bedfordshire Police. It is a source of considerable anger to me that ‘damping’, which was introduced back in 2004 and means Bedfordshire Police receive less than the national funding formula says we should receive, has deprived us of  many £millions of funding over the last 14 years. I understand that Bedfordshire Police would have approximately 90 more police officers had damping not been brought in and I will continue the fight to bring forward the introduction of fairer funding before 2020, when the Government is currently committed to dealing with this issue.

I was first elected to represent South West Bedfordshire in 2001 and have worked with five Chief Constables and two Police and Crime Commissioners.   For the first 11 of those years, Dunstable and Leighton Buzzard had fully functioning police stations where police officers started and finished their shifts.  In the past, I have joined officers going out on night patrols from Leighton Buzzard and Dunstable police stations. I have also been into Leighton Buzzard police station late at night when my brief case was stolen from my car in the Hockliffe Street car park.

The changes to operational policing that took place on the 1st of October 2012 were brought in well before either of you took up your current positions.  These involved the withdrawal of front line police officers (first responders) based in Leighton Buzzard and Dunstable, into Luton police station which became the Southern hub for the county while Bedford became the Northern hub. These changes were also brought in one month before the election of the first Police and Crime Commissioner, denying local people the opportunity to raise this matter with the former Commissioner and without any proper consultation with the local community. In Leighton Buzzard and Linslade, this involved the withdrawal of around 30 officers from town and probably a similar number from Dunstable. I do not regard the creation of community hubs which do not offer a 24/7 presence as in any way comparable to what we have lost.

On 1st October 2012, crime was falling locally. In the previous year in South West Bedfordshire, crime had fallen by 10% and in the year to June 2012, it had fallen by 25%. When I was briefed by the then Chief Constable on the proposed changes, I was told that they would result in more officers being on the beat at any one time, more capital investment in equipment, greater visibility of police officers throughout the towns of Leighton Buzzard, Dunstable and Houghton Regis, including in shops and better tasking of officers to tackle criminality and antisocial behaviour.

Five and a half years on from the October 2012 changes, we have seen a two thirds increase in crime in Leighton Buzzard, a rise of over a quarter in Dunstable and a 10% rise in Houghton Regis. In 2012/13 the budget of Bedfordshire Police was £100.6 million.  Today it is £102.2 million. In 2012/13 Bedfordshire police had 1,124 officers, the same number as it has today. It is very clear that this change has led to a particularly sharp increase in crime in Leighton Buzzard, as well as a significant rise in Dunstable.  It is also the case that the villages in South West Bedfordshire have been adversely affected by the withdrawal of operational response officers to Luton.  Many of these villages have also suffered significant and sustained increases in crime.

I note also that both Bedford and Luton have had new enquiry offices opened recently when Leighton Buzzard does not have one. I understand that the average response time to 999 calls in 2016 was over 27 minutes and I am aware a number of residents from the Leighton Buzzard area have dialled 999, only to be told that no one was available. I do not recall this happening to the same extent before the 1st October 2012 changes.

Of course I understand, that with limited resources, Bedfordshire Police has to focus on the most serious crimes, but I am also aware that the previous Mayor of London, in addition to focusing on the most serious crimes, also tasked his police force to concentrate on the MOPAC 7 crimes of burglary, vandalism/criminal damage, theft from motor vehicles, theft of motor vehicles, violence with injury and theft from the person. I think my constituents would welcome such an approach.

In addition, I am aware of five other police forces, some of whom have lower per capita budgets than Bedfordshire, which provide 24/7 cover for towns which are smaller than Leighton Buzzard or Dunstable. They are Chichester, Bedworth, Grantham and Bridgewater. If Sussex, Warwickshire, Lincolnshire and Avon and Somerset police forces are able to maintain police stations with 24/7 cover in towns the same size or smaller than Leighton Buzzard and Dunstable (Chichester, Bedworth, Grantham, Malvern and Bridgwater), then there are legitimate questions about the allocation of Bedfordshire Police’s budget. For the reasons I have set out, I would like you to restore operational policing in South West Bedfordshire to how it was before 1st October 2012.  As I am an elected representative, my constituents are entitled to know my views on these matters and I am therefore making this letter public. I have, of course, made these arguments to you both in private, repeatedly, in recent years.