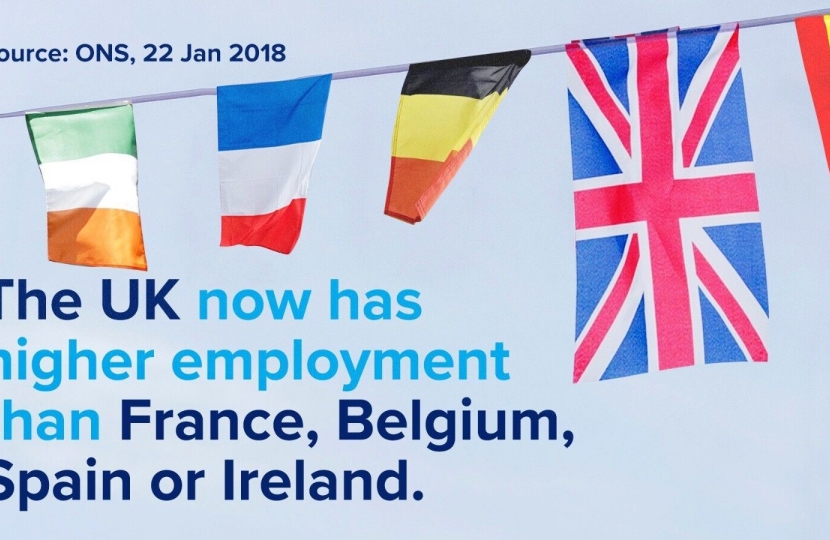 “It is excellent to see that the UK now has a higher employment rate than Spain, Belgium, France or Ireland and that is all down to the dedication of workers and staff in businesses like Collins Aerospace, Signature Flatbreads, Palagan Limited and Satco Plastics Limited who have done so much to create jobs and opportunities to give people the security of a monthly pay packet in South West Bedfordshire.”